Huawei being a Chinese manufacturer hasn’t acquired much of a reputation in India; however, has established a strong base in US and UK. The prime reason for it being a success here as well as abroad is its solid design offered at an economical cost. The new phone Huawei Mate 8 offered by the organization is no different. It offers you numerous premium features that you would expect in flagship phones such as Samsung and Apple, but of course at a lower rate.

After the success of is previous phone Huawei Ascend Mate 7, the company has tried to remove many of the flaws that were in the predecessor. Also, the company has eliminated the term Ascend, and now it is just Huawei Mate 8. So let’s go a bit deeper and see what this device has to offer.

Huawei Mate 8 Design Mate 7 had an impressive design and only a few modifications have been made to this phone which makes this device even better. With a full metal Uni-body design, this device comes in three colors i.e. Gold, Silver, Brown and Grey. The phone looks as if it is slippery from the back but once you hold it, you will have no issues in using this gadget. It comes with a 6 inches display which almost fits in the entire phone, and there isn’t much of space left.

Below the phone is a speaker grill which we didn’t like as it was not paid much attention too. On the back, there is a camera that protrudes a little much like Apple iPhone 6S. There is a fingerprint sensor present at the back, this time, round in shape, much like one present on Nexus 6P. This might possess a problem in unlocking the device when lying flat on the table but is great when holding the phone in your hand. 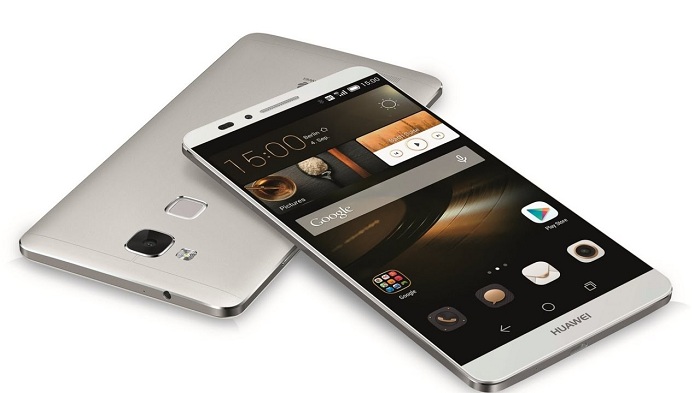 Huawei Mate 8 Display The device as we mentioned before comes with a full 6 inches of display and offers a resolution of 1080X1920 pixels. This provides what is termed as the retina resolution of 369ppi and hence is easy for eyes. It uses LCD Panel display which tends to produce deeper blacks. They are not better than AMOLED but still are decent enough than any regular LCD.

Brightness level offered by the phone isn’t excellent but is sufficiently decent to be used under direct sunlight. However, the contrast levels offered are excellent. Colour reproduction is also average and could have been improved.

Huawei Mate 8 Software The gadget runs on Android 6.0 Marshmallow with the Huawei’s Emotion UI on the top. The UI is much more similar to iOS as compared to that of Stock UI. There are many features present on the lock screen, and we think it might put a load on the battery. One thing that we like is every time you wake the device up; you will be greeted with an awesome wallpaper. And keeping up the trend of Chinese manufacturing, once you unlock the mobile phone, there won’t be any app drawer to be seen.

This gadget also supports motion detection as well as gesture detection. There are flip gestures, knuckle detection drawing, etc. All of these are fully customizable according to your needs and requirements. 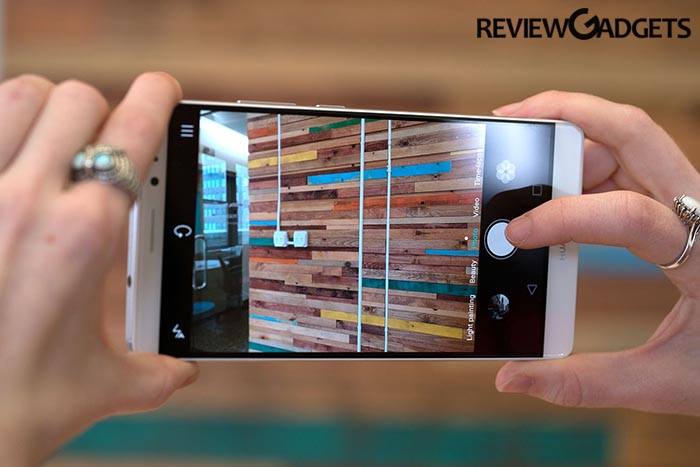 Huawei Mate 8 Camera It comes with a 16MP of primary camera manufactured by Sony.  Features such as image stabilization and autofocus have been provided. Also, the dual tone flash feature has been inculcated to help the user click decent images in the dark backgrounds as well. The image produced using this camera is soft, and it lacks an attention to detail. There is a considerable noise in the images clicked through this primary camera.

The front camera of this device which is of 8MP is comparatively better, and there is a little noise, more attention to details and pleasing color displayed.

Huawei Mate 8 Battery Life It comes with a huge battery capacity of 4000mAh. It supports the feature of fast charging, and the battery can be fully recharged in less than 2.5 hours. This does not provide wireless charging option but does promise a full day of use on a charge of around 30 minutes. Even with heavy usage throughout the day you would not go to your bed with some of the battery still left. Doing all the tasks such as 3G data surfing video calling etc., your battery wouldn’t step down much more than 30%. Also, there are numerous battery optimization options available in the device to help you shut down useless applications and hence prolong your battery life. 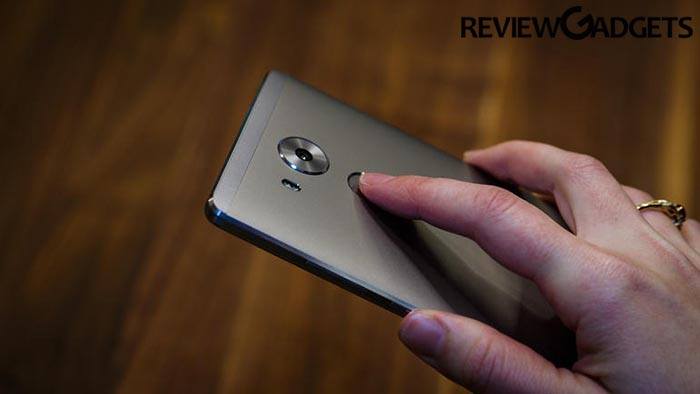 Huawei Mate 8 Accessories Upon unboxing this device, you are sure to find out SIM ejection tool, some user manuals, and a warranty card. Apart from this, you will find a two-pin wall charger and USB cable. For the music lovers, earphones are also present. Huawei also has given an additional flip cover for the users to protect their device.

Huawei Mate 8 Variants This device is available in four colors namely Gold, Silver, Grey and Brown. Each of these colors looks splendid however Gold and Grey provide a premium touch. All of the variants of this device are expected to be priced around 40-50k.

Huawei Mate 8 is one of the best 6 inches smartphone available in the market today. In case you are going for a device with 6 inches screen size then this device has a lot to offer. With brilliant display and high contrasting screen to amazing battery life, this gadget is definitely not going to disappoint you.

However, this is only one side of the coin; this device does need to roll in a lot of improvement in its camera segment as the quality of each of the cameras is average. Also, the Emotion UI offered by the company might be smooth, but it may be confusing and irritating for some users.