Since the competition getting tougher in the 2 in 1 laptop market with the likes of Lenovo’s YogaBook and HP’s 360 range, Dell has finally come in to play with Dell new XPS 13 2-in-1. Dell revealed its newest model at Global consumer electronics and consumer technology tradeshow, CES 2017.

Though, XPS 13 was a traditional laptop released in 2016, it was named one of the best ultraportable notebooks of the year. The new XPS 13 added some modifications that allow the screen to fold all the way back so that it can also be used as a tablet.

The Dell new XPS 13 2-in-1 is smaller in comparison to the original series as it is powered by new intel 7th generation Kaby Lake processor, but the company has specified that the user can have it in core i5 processor or core i7 processor. With intel’s new naming scheme, these are termed as Core M processors which allow Dell to create a fanless design. XPS 2 in 1 is comprised of 4GB, 8GB and 16GB RAM variants and 1TB of SSD storage. 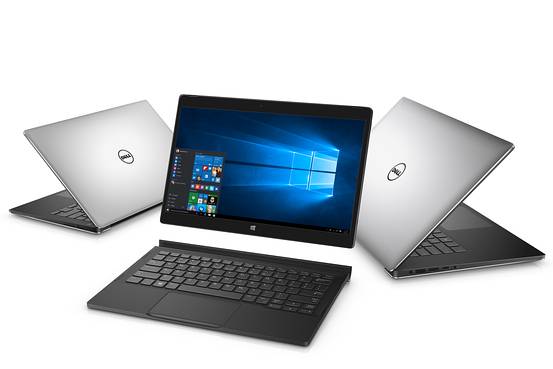 The display options come in two variants, and one can opt between Full HD 1920 x 1080 pixels and QuadHD 3200 x 1800 pixels. The webcam is placed at the bottom of the display and with Windows Hello; the user can unlock the device with face recognition. For a tighter security, the machine gives an option for adding fingerprint sensor as well.

You would also love to read about – ASUS X00GD Smartphone

XPS 13 2 in 1 comes with a couple of USB Type-C ports; one is Thunderbolt 3.0 Compatible. These ports can be used to charge the device or can be used as a power bank and can power up to two 4K displays. The device also includes a display port, 3.5mm headphone jack and a microSD card reader.